Labour has once again shown utter contempt for Britain’s armed forces veterans after only one of their 260 MPs turned up for a debate on historical prosecutions against those who served in Northern Ireland.

Also missing from their opposition seats were 37 SNP MPs; the vast majority of Liberal Democrat MPs and the Greens MP, Caroline Lucas.

The debate follows a public outcry and a series of protests over ongoing investigations into incidents during the ‘Troubles’; some dating back over 40 years.

In March this year, the 77-year-old veteran, Dennis Hutchings was charged over the 1974 killing of an IRA suspect. Mr Hutching, who suffers from ill-health, has already been cleared of any wrongdoing by two separate investigations.

Speaking of the ‘disrespect’ he felt Labour was showing veterans, UKIP’s Mike Hookem MEP said; “I find it deplorable that Labour packed the opposition benches for last month’s debate on Gaza; but only one of their MP’s could be bothered to show up to debate an issue that could touch the lives of many thousands of UK veterans.”

“The disrespect Labour have displayed to veterans over the issue of unwarranted historical prosecutions is a worrying sign that veterans could be sidelined and ignored should the terrifying prospect of a Labour Government under Corbyn become a reality.” 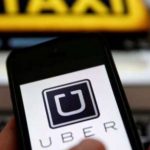