Benefits cheat Seema Bassi, who amassed a 26 home property portfolio, has been jailed for a mere 12 months. Benefits cheat Seema Bassi, has amassed a 26 home property portfolio, has been jailed for a mere 12 months after swindling the taxpayer out of £74,000 by claiming that she was jobless.

Cheat Seema Bassi, 49, pocketed around £150,000 a year by renting out her houses and flats with some even being rented by councils to house asylum seekers.

Benefit cheat Bassi’s fraud stretched back to 1997, three years after she bought her first property in the UK.

By the time she was caught she owned a staggering 26 properties, including 14 flats and 4 houses in Gravesend Essex.

Her benefit fraud antics were only discovered when Gravesham Council investigated her brother for failing to pay his council tax bill.

She denied five counts of benefit fraud, but was convicted after a trial.

Sentenced to a mere 12 months, Britain could be forgiven for wondering what kind of a deterrent is that to those who would swindle the benefits system. 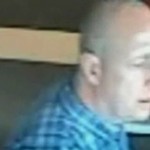