Have you heard of The European Mediterranean Declaration of 1995. Well not many have as its been in motion for quite a few years yet many have never even heard of it.

The European Mediterranean Declaration of 1995 is secretive European Union-agreements with 10 European and North African Countries for Muslim Immigration to Europe and is Guaranteed by the European Union.

The project was setup with the following MP’s across Europe. 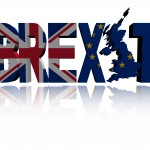 It’s time the people of the U.K. Vote to leave the European Union