THE SIMPLEST DIFFICULT CONCEPT, GOVERNANCE OF POLITICIANS BY THE PEOPLE THEY REPRESENT, TO ENSURE OUR REPRESENTATION AND NOT PRIVATEERING OF AUTHORITY

In a few days, 150,000 Tory card holders will choose between 18 candidates to be the countries new prime minister, of that 18 11 have admitted taking hard drugs, the same dam drugs people go to jail for using.

So where are we, as a country of law-abiding people accepting that most candidates for the PM’s job have taken cocaine and many other hard drugs?

How is this even possible, how is it possible our ministers can break any law they want an not face the same consequences the rest of us would face?

I spend a long time taking about the criminal offences committed by ministers, priests and those in authority, yet the word criminal never sinks into people’s consciousness, neither does the word offence.

This behaviour is not accepted from the population yet is accepted as being “par for the course” when a politician commits child abuse, or covers child abuses up for their friends and colleagues.

Is it not time for the people to govern those we give the honour of representing us, is it not time to stop criminality in parliament and protect children who will be abused, as those who have been abused and stop politicians protecting the offenders with official office authority such as the official secrets act?

Where is the “official secret” in protecting offenders of children’s innocence?

Where is the law, where is our governance!

This is not a moral question, but a simple question of why are the laws that control the people not able to control politicians, priests and our upper echelons?

The one fundamental right of all human beings is the right to equality, when a child can be abused by a minister or priest and the offender get away with it, then equality becomes a joke, when another priest or minister can protect the offender, both become offenders, the victims become less than animals as animals have enforceable rights under law.

The stark hypocrisy might shock some people, but alas I fear most already understand the issues of criminality in office and can’t fathom a solution so just accept the situation irrespective of the victims, even if they are a victim themselves.

So it has to be asked, is this mass denial of law and order in the ranks of our upper echelons just going to carry on for another two thousand years or are people going to accept the responsibility of upholding criminal law?

I am not talking about overthrowing our political leaderships and parties, I’m talking about forcing criminal laws onto the upper echelons of our society to insure their honesty, integrity and to ensure they honour our nation and its people and not keep abusing their office in so many ways it is beyond redemption, I’m not talking about a civil war, but criminal enforcement.

Forcing our politicians to obey the laws we must, is it such a difficulty concept? 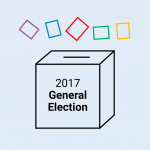